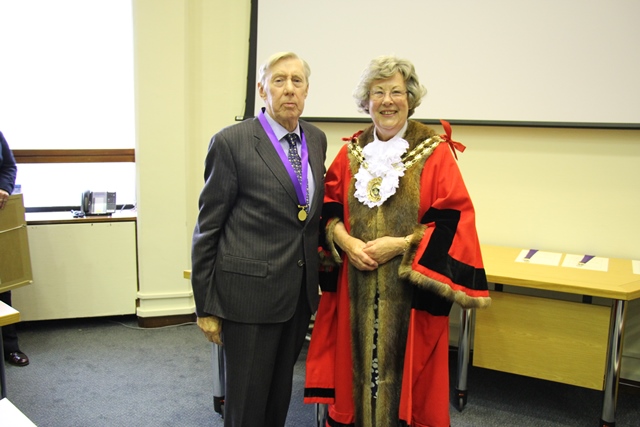 Fareham Borough Council is sad to report the death of former Mayor and Councillor, Alderman John Bryant, who passed away on Tuesday (4th April) at Rowan's Hospice.

Alderman John Bryant was a well-respected Borough Councillor representing Fareham North from 1999-2016, during which time he served as Mayor in 2006-2007. He was also a County Councillor, serving as Chairman in 2004-2005.

During his time as a Councillor, Alderman John Bryant was Chairman and Vice-Chairman of many committees including Chairman of the Highways and Transportation Sub-Committee from 2000 to 2002; the Planning and Transportation Review Panel from 2008 to 2010; and the Strategic Planning and Environment Policy Development and Review Panel from 2010 to 2014.

John Bryant was admitted to the Roll of Honorary Aldermen of the Borough of Fareham in in 2016, in recognition and acknowledgement of his eminent services to the Council.

No funeral arrangements have yet been made.