Portchester (Castle Street) was designated in 1969 to protect the character and appearance of the village of Portchester including Portchester Castle. Its boundary was extended in 1975 to include an area north of White Hart Lane. Portchester village lies between Fareham and Portsmouth on the flat coastal plain south of Portsdown Hill. The village occupies a promontory of land at the head of Portsmouth Harbour; the castle, which dates from the 3rd century AD, is situated at the end of the promontory beside the shore.

Fareham Borough Council has made an Article 4 Direction relating to properties in Portchester (Castle Street) Conservation Area by making a planning application necessary.

The Castle Street Portchester Conservation area environmental improvements were achieved as a result of a partnership between Hampshire County Council's regeneration of older urban areas programme and our environmental improvement programme. The brief for the scheme follows the recommendations of the Portchester conservation area study, adopted in 2000. The regeneration of older urban areas programme was set up in 1984 to support schemes that are appropriate to a local sense of place and demonstrate the value of design excellence and high quality materials. The scheme was presented for public consultation in 2001. The main works included replacing concrete kerbs with granite kerbs and channels and the resurfacing of footpaths with resin bonded gravel and York stone. Historic lamp columns were improved with appropriate new lamp units and new columns were replaced with historic columns. The works were implemented during 2002 and 2003. 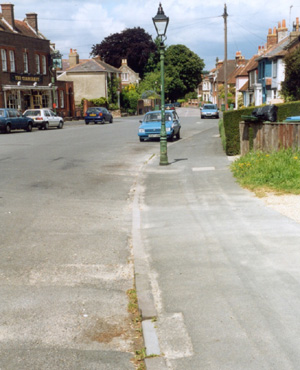 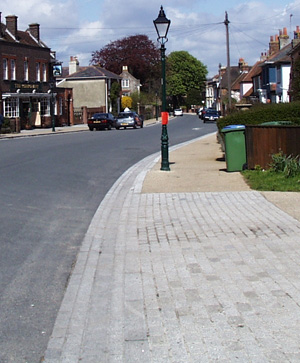