The completion of the improvement schemes at the western and eastern end of West Street in 2008 and 2010 highlighted the need to complete the improvement scheme at the western end of West Street between Aldi, where the earlier improvements finished, and the railway station roundabout (right hand side of the photograph). Fareham Borough Council's Executive allocated £100,000 for the scheme and Hampshire County Council's Quality of Space Initiative contributed a further £40,000 to cover additional costs and fees for specialist highway engineers to design and supervise the contract. Work is programmed to start on the ground in March 2013 with completion in June 2013, following consultations during 2012. 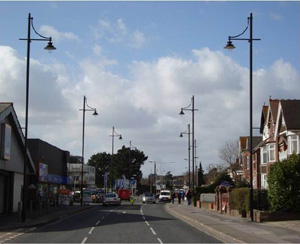