You are here: Home / About The Council / History

Fareham is twinned with two towns - Vannes in France and Pulheim in Germany. 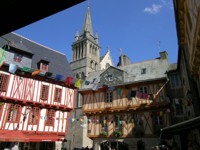 Vannes is on the Gulf of Morbihan on the west coast of Brittany and is one of the most attractive tourist spots in the area. It dates from the second century and balances a proud heritage with a progressive and diverse hi-tech economy. The first exchange visits between residents of Fareham and Vannes began with Fareham Round Table in 1964.  After other visits, it was agreed that the link should be formalised.  In many ways, Vannes is similar to Fareham. It is a former port, has attractive historic areas and is a popular sailing centre.  Charters were exchanged and formal twinning arrangements began in 1966. Over the past 50 years, these ties have grown.  More than 2,500 young people have discovered Fareham or Vannes during school or sporting exchanges while for adults there have been sporting, cultural and professional exchanges. In 1998, Vannes was granted the ceremonial freedom of the Borough of Fareham. 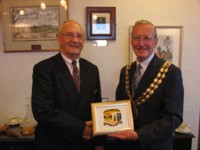 Pulheim is a few miles to the north-west of Cologne.  It is similar to Fareham in many ways, not least in that it is one large town surrounded by smaller villages, most facing development pressures.  Many of the problems and challenges facing Pulheim are those also faced by Fareham. In 1983 a former local resident returned from Coventry's twin town and said that Pulheim was looking for a twin town of similar size and character and that Fareham would be an ideal "twin." Exploratory visits were arranged and the Fareham-Pulheim Twinning Association was formed.  Formal twinning arrangements began in March 1984 with an exchange of charters. There have been continuing social, sporting, cultural and business exchanges between the towns. In 1998 Pulheim was granted the ceremonial freedom of the Borough of Fareham.