The Town Quay conservation area was designated in 1975 to preserve and enhance the historic character of the older waterside settlement and the quaysides. These are a vital part of the history and character of the town, and an important reminder of the role that seaborne trade played in the growth and prosperity of Fareham. It was extended in 2005 to include a further area of open space at Western Parade and Bath Lane recreation ground. Upper Quay is situated at the northern end of the conservation area, beside the railway viaduct; it is a southward extension of the town on the line of Quay Street. Lower Quay, with its compact core of older buildings, lies to the south and was formerly a separate settlement. The two quays are now linked by a promenade, constructed when the Gosport Road was widened in 1982. The open space at Eastern Parade, to the south of Lower Quay, is also within the conservation area boundary, as is Bath Lane recreation ground to the north.

The 'phase one' improvement scheme covers a small area of Town Quay which was formerly part of Gosport Road.As part of the scheme worn out paving was removed and access to the waterfront was improved. The area of grass and trees was extended and the waterfront promenade was improved with new surfacing, guardrails and seats. 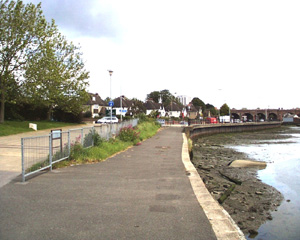 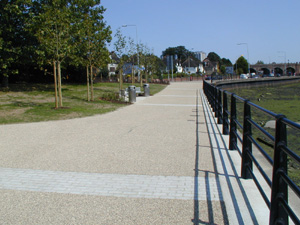 An opportunity to improve the area arose when part of the area was being re-developed and, with a contribution from the developer, granite setts were used to create a high quality and clearly legible public right of way, with bitmac for the private parking areas on each side. Street lighting was also improved and traditional style lanterns were introduced. 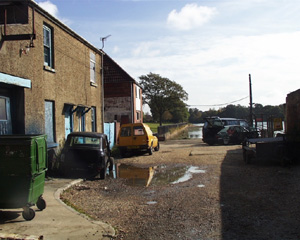 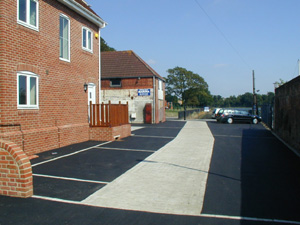 This scheme was undertaken in partnership with the Hampshire County Council's regeneration of older urban areas initiative. The improvement works included the replacement of concrete blocks with granite setts and the replacement of concrete kerbs with granite kerbs. The surfacing of footpaths and roads was also improved with the use of resin bonded gravel, small areas of natural sandstone and panels of granite setts. 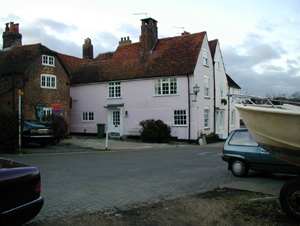 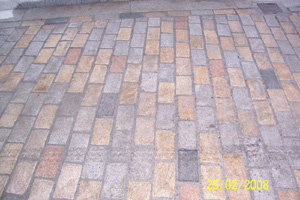