Wallington conservation area was designated in 1980 to protect the character of the historic settlement of Wallington which developed on the eastern side of the Wallington river. The settlement became established at the lowest fording point of the river, which is tidal up to Drift Road, and at a junction of routes from Boarhunt and Portsdown Hill. The village has a history of brewing, tanning and pottery making and the rows of cottages which are characteristic of the conservation area housed workers employed in these local industries. The conservation area boundary encloses the river, the historic bridge and North Wallington as far north as Riverside Avenue. It also includes part of Drift Road and Wallington Shore Road.

Fareham Borough Council has made an Article 4 Direction in Wallington Conservation Area making a planning application necessary for certain types of development.

Improvements in Wallington began with the removal of the footbridge and repair of the old bridge parapets. The historic Hampshire style fingerpost sign was renovated, surface materials improved and new more appropriately styled street lights were provided. The objectives of later work were to improve the entrance to the conservation area, including the unattractive steps on the footbridge access mound, provide new habitat for wildlife and improve the screening of commercial development in views from the Wallington conservation area. The proposals included improvements to surfacing, the planting of native trees, ornamental shrubs and wildflower seeding to soften views of the access mound and to provide improved wildlife habitat, and the planting of street trees in paving along the river wall to screen commercial development. 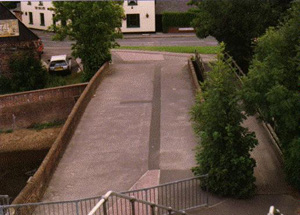 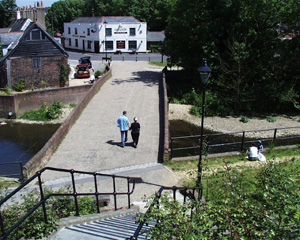