You are here: Home / About The Council / Council And Democracy Born in Kingston-upon-Hull, Councillor Mike Ford has lived in Warsash since 1986.  His job as a Sales Manager with a major UK food manufacturer brought him down to the south coast, where he raised three children with his wife Anne. Together they also have eight grandchildren, who all live locally.

Mike is well embedded in the local community, having served as a Magistrate (JP) for 25 years, as a Governor at Hook-with-Warsash school for 17 years, and as a Warden at St Mary's Church for four years.

Mike was also elected to represent Warsash as a Ward Councillor for Fareham Borough Council in 2012 and has done so ever since.

Cllr Ford enjoys football and is an avid supporter of Hull City. He also still referees local league football twice a week. He is also a seasoned cyclist, having cycled from John O'Groats to Lands' End an impressive six times. Alongside his other interests, Mike also enjoys amateur dramatics, is currently a member of the Victory Hall management committee, the Warsash Festival organising group and is the Chairman of the Warsash Theatre Club.

Mike's wife Anne will continue to support him during his time as Mayor, by taking on the role of Mayoress for 2022/2023.

The Mayor's charities for the year will be the Gosport and Fareham In-Shore Rescue Service (GAFIRS) and the Warsash Sea Cadets.

More information about the Mayor's charities can be found at www.gafirs.org.uk 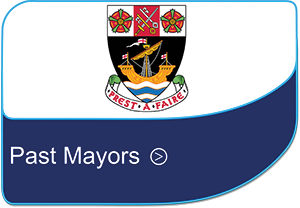